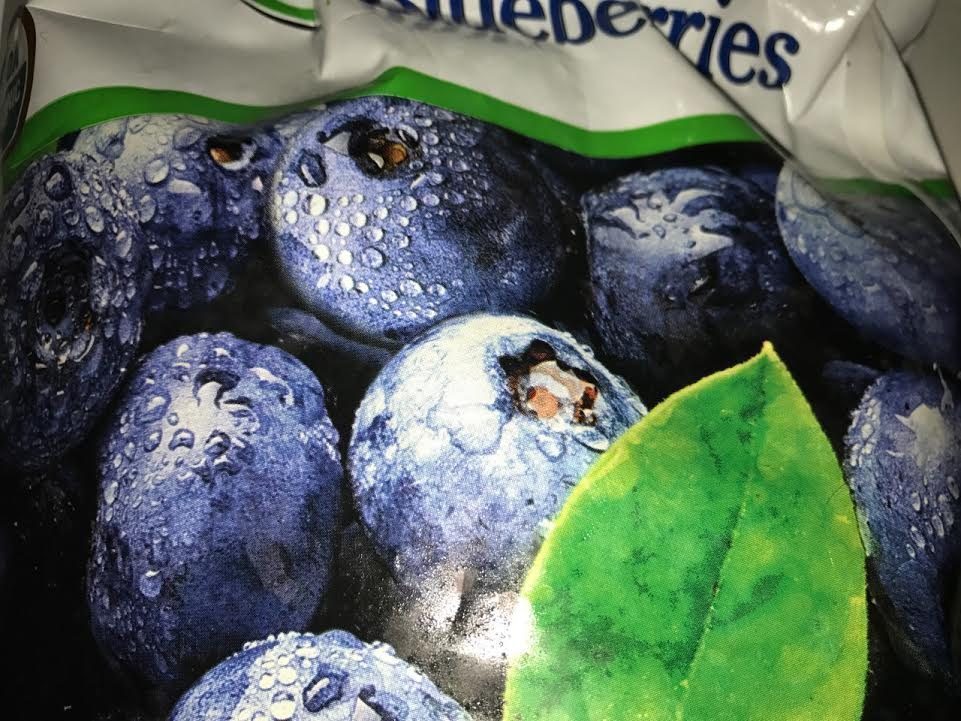 The first motivation for such an odd endeavor was a curiosity as to just how many blueberries were in a bag at the dollar store. I had been living out of my Subaru Outback for the past 5 weeks, so I became quite a frequent shopper at the dollar store. As I became more engulfed in this experiment, I also grew intrigued with my perceived quality and enjoyment of the berries. Would they all be delicious? Would I enjoy the last as much as the first?

The second motivation was to practice my ability to concentrate, focus, and test my will-power. I decided to eat the blueberries one by one, in a slow, concentrated manner. I would record a tally for each to keep count, and then categorize them by both enjoyment and appearance.

It took me 50 minutes and 38 seconds to consume 357 Blueberries, averaging 8.51 seconds per blueberry.

At Blueberry 201 (which was shriveled), I began chewing odd numbered ones on the left side, and even on the right. I’m still not sure why I decided to do this. I found the left side produced more enjoyment, both in actual data collected (the number of damn good blueberries) and in my overall perception of each blueberry consumed. I have since begun to (sometimes) consciously chew food on the left side of my mouth. Odd, I know.

(Here is the original documentation and note-taking strategy, as you can see it’s incredibly efficient. ha) 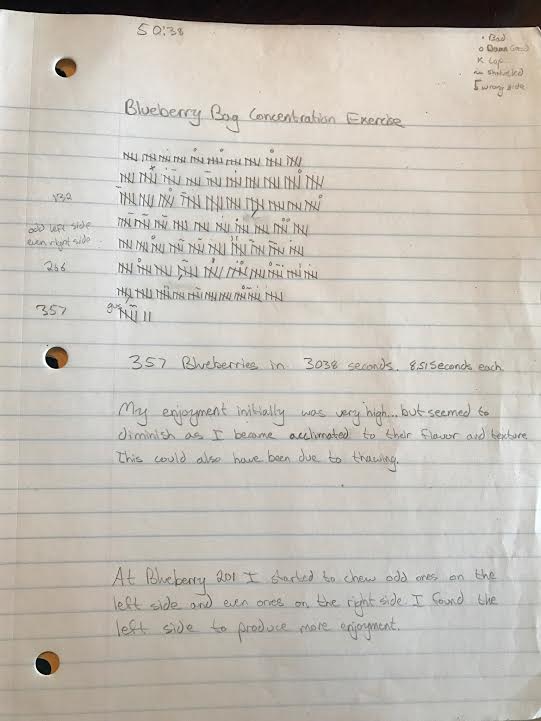 $1 of blueberries produced an incredible amount of enjoyment when full attention was given to the act and sensations of eating. Eating one blueberry at a time was one of the most difficult tasks I’ve done. Countless urges to consume a spoonful or handful had to be repressed.

People will look at you incredibly funny when eating one bag of blueberries for more than 30 minutes.

What else in life am I not extracting the full amount of joy from because I’m not ‘present’ and giving it my full attention? Probably everything.